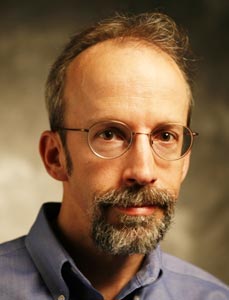 Michael (Mac) McNamara has been CEO of Adapt-IP since 2013, a company developing computer design intellectual property (IP) using SystemC modeling and design technology. Previously, he served as Cadence’s vice president and general manager for System Level Design, where he managed the Simulation, Synthesis and Virtual Platform teams all using the SystemC language. His early experiences as a computer architect and chip designer at ESL/TRW, Cydrome, Ardent, Stardent and Kubota prepared him for the career transition to become a supplier of tools to chip designers and computer architects. In the early 1990s, Mac ran the engineering team that increased everyone’s simulation speed. Chronologic, where he served as vice president of engineering, developed VCS, now the flagship simulation product for Synopsys. In the late 1990s, he helped bring better verification technology to the market as CEO of SureFire and senior vice president at Verisity. In the past decade, he lead the team that developed Cadence’s C-to-Silicon, the most integrated high level synthesis tool in the market, delivering end-to-end ECO with embedded logic synthesis. Mac is vice chair of the 53rd Design Automation Conference, the leading technical conference and tradeshow for electronic design automation (EDA) industry.

“Many of the more successful entrepreneurs in the valley count Lucio Lanza and his investment partners as key part of their collective mind space. Whether seeking money, strategic advice, a contrarian view, validation of a vision, or referral to a key person, they know that a visit to Lucio will pay off in multiple ways.” 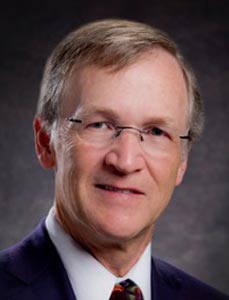 Dr. John Sanguinetti has been active in computer architecture, performance analysis, design verification, and electronic design automation for 35 years. After working as a design verification engineer at Ardent Computer and NeXT Computer, he founded Chronologic Simulation in 1991 and was the principal architect of VCS, the Verilog Compiled Simulator. VCS is still the market-leading logic simulator. Subsequently, he was a founder of Forte Design Systems, where he served as chief technical officer until its acquisition by Cadence Design Systems. He founded Adapt-IP where he currently serves as chairman of the board. He was honored as a fellow of the ACM in 2012, has 15 publications, including the Verilog Online Training course, and one patent. John holds a Bachelor of Science degree in Applied Mathematics, a Master of Science degree Computer and Communication Sciences and a Ph.D. in Computer and Communication Sciences from the University of Michigan at Ann Arbor.

“Lanza techVentures, led by Lucio Lanza, is the pre-eminent investment company for Electronic Design Automation and semiconductor design ventures. Lucio’s expertise in identifying high-potential early-stage companies is unmatched in the venture community. His early involvement in a startup can be extremely valuable during product, market, and customer development.” 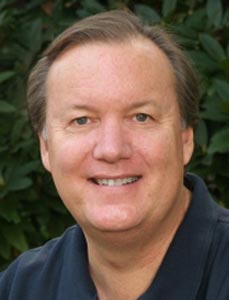 Mark Templeton died July 17, 2016 in a tragic accident while kayaking on the Rogue River in Oregon. The online obituary can be found at: http://bit.ly/2avkiKV

Mark was instrumental in driving growth in the semiconductor intellectual property market through a combination of technical and business innovations. He co-founded Artisan Components and was its president and CEO for 13 years. During his tenure at Artisan Components, the company became the leading provider of physical libraries for integrated circuit designers with its products in use by thousands of design teams around the world. In 2004, Artisan Components was acquired by ARM Holdings. Following ARM’s acquisition of Artisan, Mark served as the president of ARM North America and as the company’s chief strategy officer and as a member of ARM’s Board of Directors. Prior to forming Artisan Components, Mark held a variety of engineering and management positions at Silicon Compiler Systems and Mentor Graphics. At the time of his death, Mark was an active board member, investor and advisor to a number of technology startup companies in Silicon Valley and China.

“Artisan Components was my first startup. Lucio took me under his wing and taught me the skills to become an effective CEO. He showed me how to innovate in technology and business models, think about strategy, bring new products to market and take a company public.” 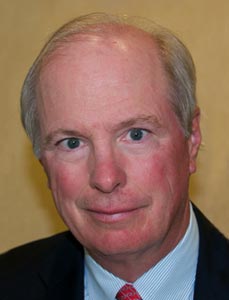 Michael Wishart is CEO and a member of the Board of Directors of efabless Corporation, an early stage company offering a community and platform for crowdsourced development of electronics products. He retired from Goldman, Sachs & Co. in 2011 after three decades covering the technology industry as an investment banker. Mike worked at Smith Barney, Harris Upham & Co. in the Investment Banking Division from 1978 to 1980 and from 1982 to 1991. He joined Lehman Brothers in 1991 as a managing director. He subsequently organized Lehman’s Global Technology Group, which he led until joining Goldman, Sachs as a managing director in 1999. Michael was elected a partner in 2000. He was chairman of Goldman’s Global Technology Group and retired as an advisory director. Michael graduated magna cum laude from St. Lawrence University with a Bachelor of Science degree with honors in Mathematics. He was an Arjay Miller Scholar at, and received his M.B.A. from, the Graduate School of Business at Stanford University. Mike is on the Board of Cypress Semiconductor Corporation.

“Lucio Lanza brings a unique personal brand of intellect, energy and creativity into venture investing. He has a special way of combining timeless lessons learned with the insight to find new paths to the future. And what he doesn’t know, in a phone call he can find out. Very insightful, even entertaining, and I am pleased to be a part of it.”